1. French Council of State rules on compatibility of France’s Constitution and data with EU law

In its decision, the Council of State noted that the constitutional requirements of safeguarding the fundamental interests of the nation, preventing breaches of public order, combating terrorism and tracking down criminal offenders do not benefit, under EU law, from protections equivalent to those guaranteed by the French Constitution. The Council of State decided that it must therefore ensure that the limits set by the CJEU do not jeopardize these constitutional requirements.

“The Council of State points out that the French constitution remains the supreme norm of domestic law. As a consequence, it is necessary to check whether the application of European law specified by the CJEU does not violate constitutional requirements in practice, ”wrote the Council of State on Wednesday in the justification of the decision supporting data collection by telecommunications operators due to the threat to national security and terrorism.

” The Council of State stated that the constitutional requirements for the protection of the fundamental interests of the nation, the prevention of violations of public order, the fight against terrorism and the search for perpetrators of crimes cannot be resolved by EU law “equivalent” to what is guaranteed by the constitution. The Council of State concluded that the generalized data collection that French law imposes on operators today is well justified by the threat to national security.

Polish Deputy Minister of Justice, Sebastian Kaleta, pointed out that France is another EU country where it was stated that national law supersedes the provisions of the EU law.

In his post on Facebook regarding the decisions of French judges, deputy minister Kaleta reminds us that similar decisions have already been made in other EU countries.

“This is another court in an EU country in recent months, which questions the attempt by the CJEU to impose the supremacy of EU law over the constitutional order of each member state. The same rulings have been rendered by the Spanish Supreme Court, the German Constitutional Tribunal,” writes the deputy minister.

Kaleta further points out that this case clearly highlights the problem of the European Union’s efforts to increase its competences at the expense of nation states noting that Poland has been on the receiving end of the efforts by the EU imposing its interpretations of law on Poland’s judicial system.

“The CJEU and the elite from Brussels are trying to limit the sovereignty of member states in other areas of key importance to state sovereignty (security, justice) without changing the treaties, simply through judicial precedents, but these states successfully oppose this” – wrote the Deputy Minister of Justice. The Czech Republic is expelling 18 Russian diplomats over suspicions that Russian intelligence services were involved in an ammunition depot explosion in 2014, its government said on Saturday.

The central European country is a NATO and EU member state, and the expulsions and allegations have triggered its biggest row with Russia since the end of the communist era in 1989.

Czech Prime Minister Andrej Babis said in a briefing shown live on television that there was “well-grounded suspicion about the involvement of officers of the Russian intelligence service GRU… in the explosion of an ammunitions depot in the Vrbetice area.”

3. Official Statement of Foreign Minsters of the Visegrad Group

We, the foreign ministers of the Visegrad Group, condemn all actions that threaten the security of sovereign states and their citizens. We are ready to further strengthen our resilience against subversion. We will do so both at the national level and in cooperation with our NATO allies, as well as within the European Union. The foreign ministers of Poland, Slovakia and Hungary express their solidarity with the recent actions taken by the Czech Republic, our close partner, ally and neighbor.

According to the 2011 census, Poles in Latvia constitute the fourth largest national minority. Nearly 45 thousand people declare Polish nationality, which is approx. 2 percent. total population. This is a decrease compared to the data from 2000, when 2.5 percent. – nearly 60 thousand of the respondents declared being Poles. There are many reasons – mainly economic trips, but also the disappearing sense of national identity among the youngest generation.

The russification of all of Latvia is advancing. According to research, few Latvians want to defend their country. According to last year’s research, only 19-38 percent of Latvians are ready for it. As many as 2/3 of the Russian-speaking inhabitants of this country do not trust the Latvian army.

The armed forces are trusted by 78 percent of Latvian-speaking residents and 34 percent of Russian-speaking ones. These proportions in the case of readiness for the armed defense of the country amount to 38% and 19%, and regarding the perception of Russia as a threat – 60% percent and 15% respectively, according to research.

What was Vladimir Lenin’s remedy for his unfolding socialist catastrophe in early 1921? Free markets 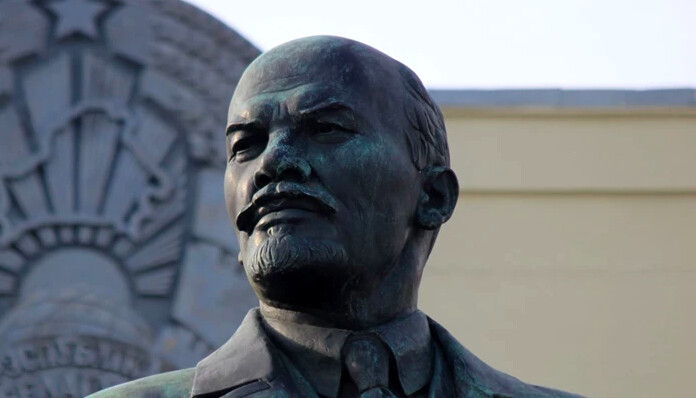 A century ago, the Mother Ship of Socialism—the Soviet Union—was teetering on the precipice. The Poles had just vanquished the hopes of dictator Vladimir Lenin to sweep across Europe. Under the bludgeon of Marxist central planning, the economy had collapsed to a fraction of its pre-war dimensions. The country was seething in discontent. Insurrection seemed imminent. Indeed, the month of March 1921 had begun with hungry Soviet soldiers and sailors mounting the Kronstadt Rebellion against the Bolshevik regime.

What was Lenin’s remedy for his unfolding socialist catastrophe? It wasn’t more socialism, at least for the moment. That would be like chasing a glass of tainted water with a gallon of Clorox. Desperate to reverse the consequences of socialism, Lenin turned to their only known antidote—capitalism.

6. The Lockdown Paradigm Is Collapsing

[…]It [lockdown ideology] happened because the people who believed in them became dominant in the world of ideas, or at least prominent enough to override and banish traditional principles of public health. The lockdowns were driven primarily by lockdown ideology. The adherents to this strange new ideology grew to the point where they were able to push their agenda ahead of time-tested principles.

It is a blessing of this ideology that it came with a built-in promise. They would achieve better disease outcomes than traditional public health practices, so they said. This promise will eventually be their undoing, for one simple reason: they have not worked. Kuhn writes that in the history of science, this is prelude to crisis due to “the persistent failure of the puzzles of normal science to come out as they should. Failure of existing rules is the prelude to a search for new ones.” Further: “The significance of crises is the indication they provide that an occasion for retooling has arrived.”

Kuhn’s theory of scientific progress fits rather well with the rise and fall of lockdownism. They had a theory that converted many people away from traditional principles. That theory came with a test. The theory has failed the test – that much is becoming more obvious by the day.

[…] The crisis for the fake science of lockdownism may not be upon us now but it is coming.

[…] What will replace lockdown ideology? We can hope it will be the realization that the old principles of public health served us well, as did the legal and moral principles of human rights and restrictions on the powers of government.

The Legacy of Katyń