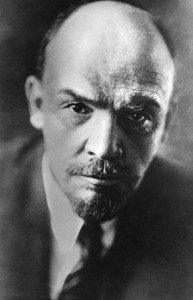 In December 1917, the leader of the Bolsheviks, Vladimir Ilyich Lenin, signed a series of decrees in practice liquidating the institution of marriage and abolishing the previous penalties for maintaining homosexual relations and terminating pregnancies. This is how the Bolshevik sexual revolution began in Russia to break up the family and destroy the old, so-called bourgeois morality.

The revolution was supposed to fundamentally change the position of women and relations between the sexes. The founders of Marxism wrote about it many years earlier. In his work “The Origin of the Family, Private Property and the State,” Friedrich Engels argued that the monogamous family was not a natural institution. According to him, it was merely a product of specific historical conditions accompanying private property’s triumph over the original community property. The first “class oppression” was, therefore, the oppression of man over woman. To liberate a woman sexually, she had to be freed from domestic duties and sent to gainful employment. All of society was to take over the care and upbringing of children.

The first object of attack by the Bolsheviks had to, therefore, be institutional marriage. The Soviet decree of December 16, 1917 allowed both spouses to dissolve their relationship only because of the so-called incoherence of characters. It was the first legal act of this type in the world. To obtain a divorce, it was enough for one of the spouses to file an appropriate court application. According to the 1926 family code, it was enough to send a postcard to the registry office.

The apostle of “free love” was Alexandra Kollontai, the Bolshevik commissioner for social welfare. In 1919, she published the book “The New Morality and the Working Class,” in which she promoted the thesis that women should be liberated economically and psychologically. Sex without obligation was to inculcate women in the habit of protecting their personality in a society dominated by men. So, all forms of sexual relationship were allowed. She predicted that the family would disappear over time and that women would learn to treat all children as their own.

Kollontai used a straightforward comparison when talking about gender equality: thanks to the Bolsheviks, satisfying sexual drive was supposed to be as easy as drinking a glass of water. It aimed to “break a woman out of sexual serfdom,” but the results of implementing the theory of free love often turned out to be counterproductive. The Russian revolutionaries understood it in a simplified way. In the summer of 1918, the “decree on the socialization of girls and ladies” was distributed in Moscow. In the town of Włodzimierz, the local revolutionary committee introduced the obligation to register women between the ages of 18 and 30, and men received special vouchers for their “use.”

At the first Komsomol Youth Congress, a statutory provision was adopted, imposing on each Komsomolets (male) and Komsomolka (female) the obligation to satisfy the sex drive of their companions. The introduction of sex education by the Bolsheviks resulted in a great wave of rape of old elite girls by proletarian classmates. They put revolutionary ideas into practice with one sweep: fighting the “enemies of the people” and setting them free from reactionary superstitions. Most Russian students argued in the 1920s that love and marriage were “bourgeois leftovers” and that communists should lead an unfettered sex life – the fewer feelings in male-female relationships, the more communist they were. Marriage was to limit freedom and degrade women. 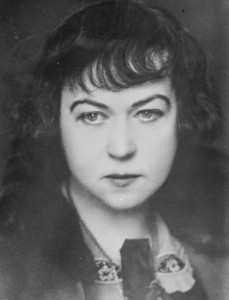 One of the class and gender struggle supporters in May 1925 openly wrote in the Moscow Pravda pages: “What kind of social order do we have? It is based on the systematic destruction of private property. This gives our order its unique face. As for the family, it is marked by the systematic destruction of the foundations of the family. Contemporary sexual relations are nothing more than a deep reflection of the economic processes of our country. The life of today’s youth is a revolutionary break with sexual relations based on the idea of ​​private property. In the eyes of young people, a girl who abstains from sex is not only a bourgeois, but also one who destroys her youth in the name of the prejudices of the past, who spares herself for her husband, the owner of private property.”

“Free love” was, however, limited in practice because the selection of a partner should have been made strictly according to class criteria. The proletarians who stayed with the “bourgeoisie” for longer were severely condemned. Passporting in the early 1930s tied the peasants to the land, eliminating the possibility of marriages between town and village inhabitants. The hierarchical Soviet system gave rise to true castes. The new Soviet aristocracy did not maintain relations with the plebs.

Pre-designed “free love” instead of conscious sex has resulted in the scourge of prostitution, gang rape, unwanted children, and venereal diseases (especially syphilis). In 1926, in one of Moscow’s factories, more than 50 percent of the workers had this type of disease.

Bolshevik Russia excelled in one more area. Pursuant to the decree of November 18, 1920, every woman was entitled to a free abortion at her own request, provided that a hospital doctor carried it out. This is the first law of this type in the world (in communist Poland, it happened in 1956, and in Great Britain in 1967). The result was a rapid decline in the birth rate in the USSR. In 1928 it was estimated at 41 percent. Pregnancies ended in abortion, and in 1934 – already 72 percent. It was a real slaughter of unborn babies. One of the researchers stated: in the 1920s, a peculiar abortion culture was created in Russia – the adaptation and habituation of society to the extensive use of abortion as the main or even the only way to regulate the number of children in a family.

A certain Dr. Berkowicz promoted sex combined with eugenics to create a socialist “superman,” and the author of this concept was Leo Trotsky himself. After all, eugenics was supposed to be a logical step on the way to “elevate the welfare of society above individual demands.” Berkowicz wanted “a complete rationalization of sex.” He excluded from his Bolshevik paradise “epileptics, the mentally ill, degenerate types, and others.”

The Bolsheviks also wanted to take care of all children at birth, taking them from their parents and placing them in nurseries. Officially, they intended to free women from taking care of children so that they could devote themselves entirely to their work. In fact, for the indoctrination and creation of the so-called new man. Zlata Lilina, an official of the People’s Commissariat for National Affairs, stated in 1921 that when children were placed outside the home, one acted for their good: “The family is individualistic and selfish, and if a child is raised in it, it becomes largely anti-social and develops selfish tendencies … Raising children is not a private matter of parents, but the task of society .”

The Soviet family code of 1926, intended by its creators, was the last step on the way to the disappearance of the family as a social unit. The “Little Soviet Encyclopedia” stated that “the family was the original form of slavery,” and its imminent death was foretold, along with private property and the State. The slogan in force in the 1920s was: “By breaking the family hearth, we are striking the final blow to the bourgeois system.” Fortunately, the plans to take all the children away from their parents remained on paper because there was a lack of funds and staff to set up so many nurseries. 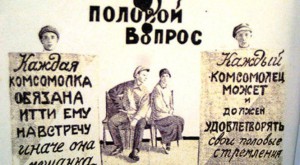 In the late 1920s, the Bolshevik authorities began to gradually curtail sexual freedom, which had spun out of their control. A totalitarian State could not allow this. Above all, however, millions of workers and healthy soldiers were needed to extend communism throughout the world. Stalin rightly concluded that only a traditional family could effectively raise new fighters and “builders of socialism.” In 1936, abortion was banned, making the divorce process more difficult. At the same time, the entire sphere of human sexuality was subject to State interference.

The new law had a short-term effect in the form of a twofold increase in the birth rate. The number of officially registered abortions in 1940 was around 500,000, but there were probably several times more illegal abortions. In 1956, penalties for abortion were abolished again. Their number increased until 1964, reaching its apogee – 5.6 million such procedures per year. As calculated, in the years 1960-1980, the population losses caused by abortion were 2.5 times greater than the losses during the First World War, the Civil War, and the so-called Great Patriotic War.

The decriminalization of homosexuality by the Bolsheviks lasted only until 1934. From that moment on, homosexual intercourse was punished with imprisonment for 3 to 5 years. It was suggested that Bolshevik “free love” should not be about homosexuality, which was not proletarian because it was spreading among “actors, artists, musicians, and writers.”

Women’s equality led to one of the greatest paradoxes of the Soviet system. The main burden of life was on their shoulders, and at the same time, they had virtually no say in matters concerning them. The women did the most demanding physical work in the factories while fulfilling all the household chores. “Our women suffer from equal rights,” an anonymous Muscovite woman confessed to Swedish journalists in 1983. At the same time, women had virtually no access to managerial positions.

The Bolshevik policy of radical reconstruction of society and the family’s gradual disappearance did not end with complete success because it could not be implemented under the then conditions. After several years of experimenting, it has been found that the State is unable to replace the family in its essential functions, and the decline in the birth rate is detrimental to the cause of the “victory of communism.” The far-reaching effects of this policy are evident in contemporary Russia in the form of mass abortions and youth demoralization. Bolshevik “free love” also inspired the West European and American New Left, which resulted in the Sexual Revolution of the 1960s

The original article, in Polish, can be found here:

German state television ZDF must apologize for the film “Our Mothers, Our Fathers.”

Learning the Right Lessons From the Financial Crisis Throughout History

The return of the Polish question.